Study: Sleep Deprivation Can Cause False Memories By Jennifer… 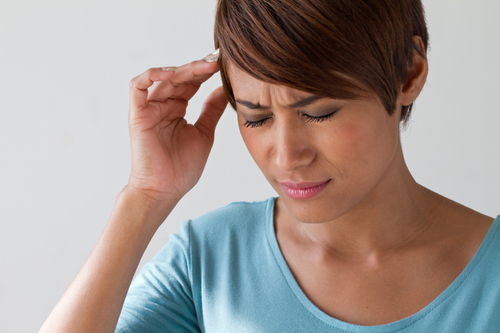 Not getting enough shut-eye? You probably wouldn’t make a great eyewitness.

According to research published in Psychological Science, sleep deprivation may increase the likelihood of forming false memories.

In a study held at the University of California, Irvine, sleep-deprived people viewed photographs of a crime being committed and then read false information about the photos. They were more likely to report remembering the false details in the photos than those who got a full night’s sleep.

The research showed that failing to get a sound seven to nine hours of sleep not only interferes with cognitive functioning, but also may lead to also creating false memories. And those who get five hours of sleep or less are more likely to form these falsehoods.

“Recent studies are suggesting that people are getting fewer hours of sleep on average, and chronic sleep deprivation is on the rise,” said Stephen J. Frenda, lead author of the study. “Our findings have implications for the reliability of eyewitnesses who may have experienced long periods of restricted or deprived sleep.”

Frenda noticed whenever he had a bad night’s sleep, his perception and memory were fuzzy. That observation turned into an investigation of whether pulling an all-nighter increases the likelihood of forming false memories.

More than 100 college-age participants were assigned to one of four groups. Two groups viewed a series of photos depicting a crime as soon as they arrived to the lab. One group then went to sleep, while the other group had to stay up all night. The other two groups did the process in reverse—they either slept or stayed awake all night and viewed the crime photos in the morning.

In a second part of the experiment, participants read narratives containing statements that contradicted what the photographs showed. For instance, the text noted the thief put a stolen wallet in his pants pocket, whereas the photo shows him putting it in his jacket.

Interestingly, students who viewed the photos before staying up all night were no more susceptible to false memories than the students who’d been allowed to sleep.

However, the students who had been sleep-deprived and then viewed the photos were more likely to report false details.

Of course, this isn’t news to any sleep-deprived parent of a newborn or even a college student who’s pulled an all-nighter. Memory recall, perception and cognition suffer—especially after repeated nights of poor sleep. But could this get you thrown off a witness stand?

While more research is necessary before scientists conclude that the memory recall of a sleep-deprived person is shot, it may be a new leading question in courtrooms across the country: “Mr. Smith, exactly how many hours of sleep did you get the night before this crime took place?”

The bottom line: Sleep is critically important for both brain function and memory formation. Our memories can be bad enough on their own without compromising them further by poor sleep.