Which Came First, Insomnia or Sleep Apnea? By Jennifer… 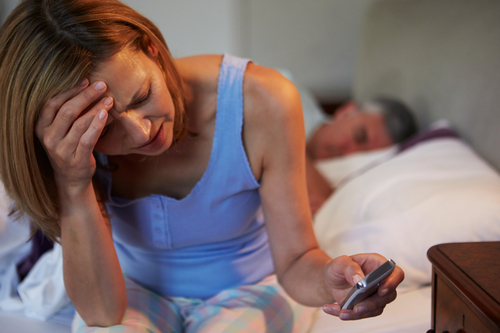 Does insomnia cause sleep apnea or does sleep apnea cause insomnia? Seems these two sleep disorders may be like the chicken and the egg.

Common sleep medicine dogma believes that chronic insomnia is a completely separate disorder from obstructive sleep apnea (OSA), a condition in which a person stops breathing multiple times per night and is at risk of serious health consequences. But there’s increasing evidence that the two may overlap more than was previously thought.

It’s been shown that anywhere from 39 percent to 58 percent of patients with OSA also have insomnia. And up to 43 percent of older people with chronic insomnia were found to have undiagnosed sleep apnea.

In a pilot study published in the journal Sleep, the link between these two sleep disorders is strong. To answer the question why insomniacs wake up at night, Dr. Barry Krakow, leader of the study, and his colleagues tested 20 patients who didn’t appear to have sleep apnea and found 18 of the 20 suffered from sleep-disordered breathing that caused them to wake up after falling asleep. Eleven patients were found to indeed suffer with OSA.

“There is clear evidence that patients with sleep apnea are at increased risk for co-morbid chronic insomnia, and patients with insomnia suffer elevated rates of occult sleep disordered breathing,” Wickwire said.

Many people with insomnia have narrow upper air passageways, especially behind the tongue. Some have undiagnosed sleep apnea, but many also may have a condition called upper airway resistance syndrome (UARS), Wickwire noted.

In this variation, or precursor, to sleep apnea, the length of time of each breathing pause is not long enough to actually be called an apnea. But because of the multiple pauses in breathing, a stress response is created, which causes the insomniac’s mind to race or think about stressful issues before going to bed, causing the insomnia.

The takeaway for patients is that if you are an insomniac who wakes during the night, you should ask your doctor to rule out obstructive sleep apnea as a possible cause of your sleep problems. And if you are an apnea patient who still suffers from insomnia, talk to your doctor about treating the underlying insomnia with possible sleep hygiene measures and other methods.

Treatment with a continuous positive airway pressure (CPAP) machine is still the most effective way to treat sleep apnea effectively.