Why Women Have Tougher Time Quitting Smoking By Reyna… 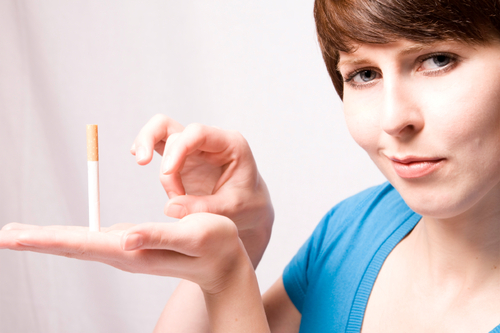 There is more evidence that suggests women may be more susceptible than men to the addictive effects of tobacco and to the development of chronic obstructive pulmonary disease (COPD).

Men often still have a strong bodily need for nicotine more than a week after quitting, which can be satisfied with the traditional methods used to stop smoking such the nicotine patch.

For women, smoking is less about a nicotine craving and more about emotional effects and stress relief—reasons that can’t be satisfied with a patch.

These results were in large part determined by brain scans of male and female smokers and nonsmokers that shows what parts of the brain are affected by nicotine in men and women.

In an article on the NIDA website, Dr. Kelly Cosgrove from Yale Medical Schools noted, “The functions of the regions in which men and women incurred nicotine-induced changes fit the differences in their smoking patterns.” Men involved in the study experienced changes in striatum, which “generates feelings of pleasure and reward and regulates cognition and movement,” Cosgrove said, after quitting smoking. Nicotine replacement therapies have been shown to be effective in solving the cigarette craving problems for male smokers.

Women, however, showed changed in the thalamus, which “regulates the flow of sensory information between the cortex and areas of the brain associated with emotion and motivation,” Cosgrove said.

Relaxation therapies are an option for women trying to quit, but more research needs to be done on alternative treatments beyond relaxation therapies that don’t focus on nicotine replacement. For instance, the role of progesterone, a female hormone produced in the ovaries, needs to be studied more based on the findings of this research.

Women who have had trouble quitting smoking while trying to use nicotine replacement therapies may find this study encouraging, especially as female-orientated smoking research continues.

Always seek a doctor’s advice in what options for quitting smoking might work best for your situation.